Serving the South Whitley area since 1913

South Whitley Community Public Library has a long history of community support, starting with its foundation in April, 1912, when a group of citizens met to discuss the formation of a library. By August, 1913, the organization, led by Mrs. Moses Mayer and Dr. M.W. Webster, had found a location in a room above the post office (behind what is now the Corner Cafe), a director and conducted a book shower to give the library its start. The library was housed in the Knights of Pythias building for a short time in early 1919.

Looking for a more permanent location, the Landsdown property, on what is now the corner of Front and Maple streets, was purchased in 1919. The move into this location took place on November 4, 1919. The library has remained at the same corner since that time.

In the early 1960s Fred Graham came into the library, tapped the floor with his cane, and said, “What this town needs is a new library.” The little white house that served as the library at that time had a leaky roof, sagging floors, and little space for programs or story hours.

With no children to leave his estate to, Mr. Graham established a trust fund. The fund provided the living expenses for Mr. and Mrs. Graham and their housekeeper, Amelia Loechner Campbell, during their lifetimes, after which the South Whitley Library would be the sole recipient of its proceeds. By June of 1968, all the beneficiaries of the trust had passed away, and the library’s building project received funding.  Construction was completed in June, 1970, and with the help of many volunteers, the library moved into its new building without the loss of a single hour of service.

The library was expanded in 1989 after Mr. Theodore Schultz donated his semi-precious gem collection along with $20,000 to build an addition to showcase the gems. The expansion project was completed in 1990, providing not only room to showcase Mr. Schultz’s gem collection but also the library’s growing collection of books and other materials. It also provided additional space for programs.

A 2006-07 expansion and renovation enlarged the library by nearly fifty percent. On the lower level, the project provided two large community meeting rooms with kitchen access, two restrooms, and a large local history/genealogy room. On the main level a family restroom, staff workroom, administration and bookkeeping offices, and an enlarged children’s room were added. Other main level renovations included a café  near the entrance and comfortable reading areas  throughout the building.

Changes and improvements to the library continued throughout the 2000s with the addition of a parking lot on the east side of the building and designated parking spaces on Front Street.  The most recent alterations to the library include changing the name, in 2012, from South Whitley-Cleveland Township Public Library to the South Whitley Community Public Library. The name change was made to include all areas served by the library. Then in 2017, the front entrance of the library was remodeled to offer better access for all patrons. An external materials drop box was added at this time as well.

Community support has remained a tradition throughout the library’s history with building additions receiving generous support from Fred Graham, Theodore Schultz and Alan Fox, and continual outstanding support from citizens of the South Whitley area. 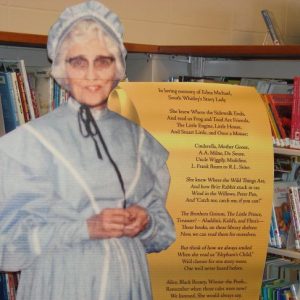 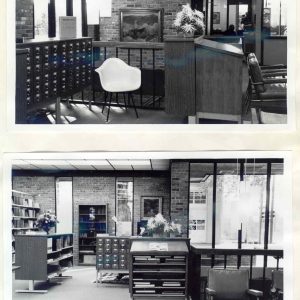 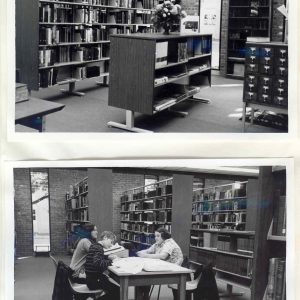 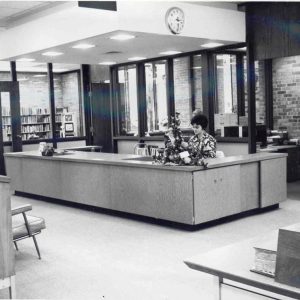